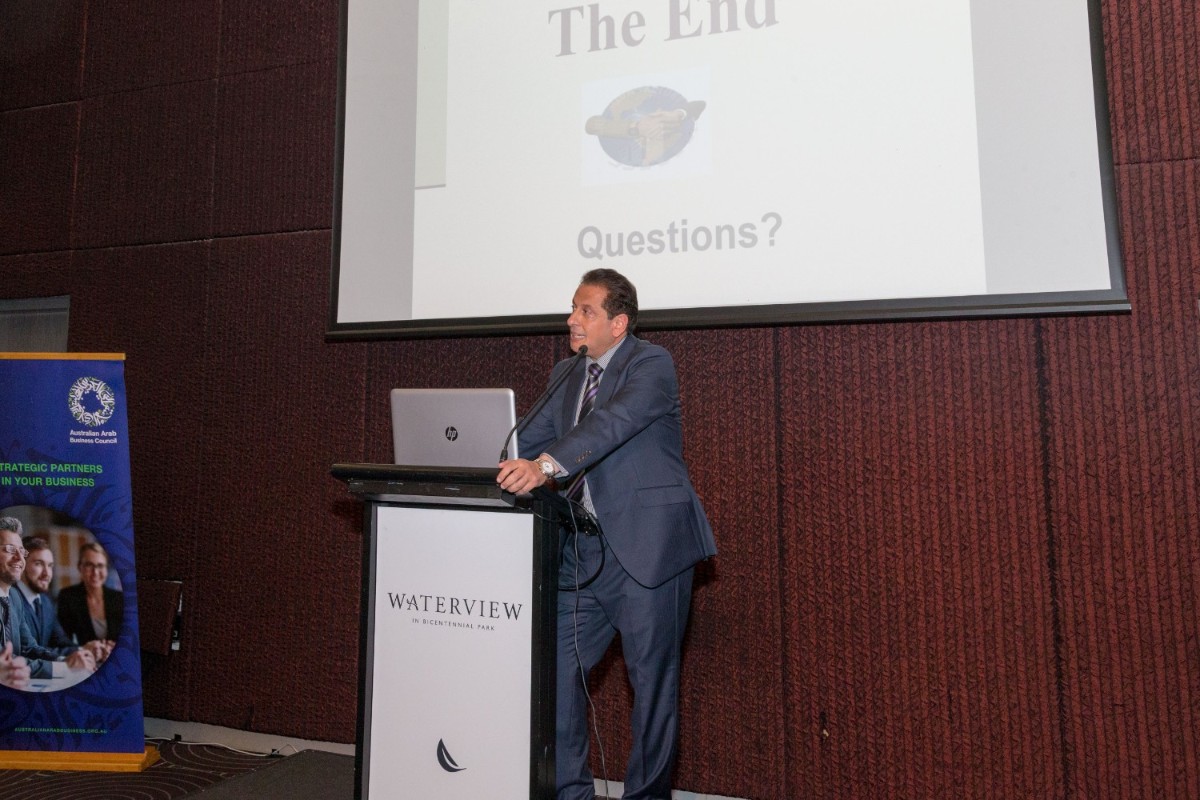 The Federal Budget for 2018/2019 delivered by the Treasurer, Scott Morrison, earlier this week, received the market’s thumps up, said Mr Radwan Hamdan. The market reacted positively to the budget to the applaud of Moodys rating agency and the preservation of AA rating economy.

Mr Hamdan, a chartered accountant, economic commentator and a former President of the Australian Arab Business Council (AABC), was the keynote speaker at the May monthly dinner of the AABC, held on Wednesday 9 May at the Waterview in Bicentennial, Homebush.

Mr Hamdan Believed the Budget was delivered confidently in an effort to appease most stakeholders with an imminent election in sight. It delivers modest tax relief to middle income earners with a gradual but a limited adjustment to the tax system that reduces the tax brackets from 5 to 4 over a seven-year period. Higher than expected tax collections and a crackdown on tax avoidance and welfare recipients will generate healthy returns that enabled the Government to be quite generous in some areas. Once again, the government missed an opportunity for Tax reform (to simplify the complex tax system) and an overhaul of the Tax Act of 1936 that received thousands of amendments since, Mr Hamdan said.

The budget provides some relief for the aging population with 14,000 additional home care packages, but does not tackle long standing issues such housing affordability and wage stagnation, added Mr Hamdan. Investment in major infrastructure projects continues and a return to surplus will occur in two year time but no obvious relief from the mounting debt problem.

The next monthly dinner will be held on 4 July, brought forward by one week to avoid a clash with the final of the State of Origin Series. There is no dinner in June. The speaker will be an economic expert from the National Australia Bank and dinner will be held at the same venue.