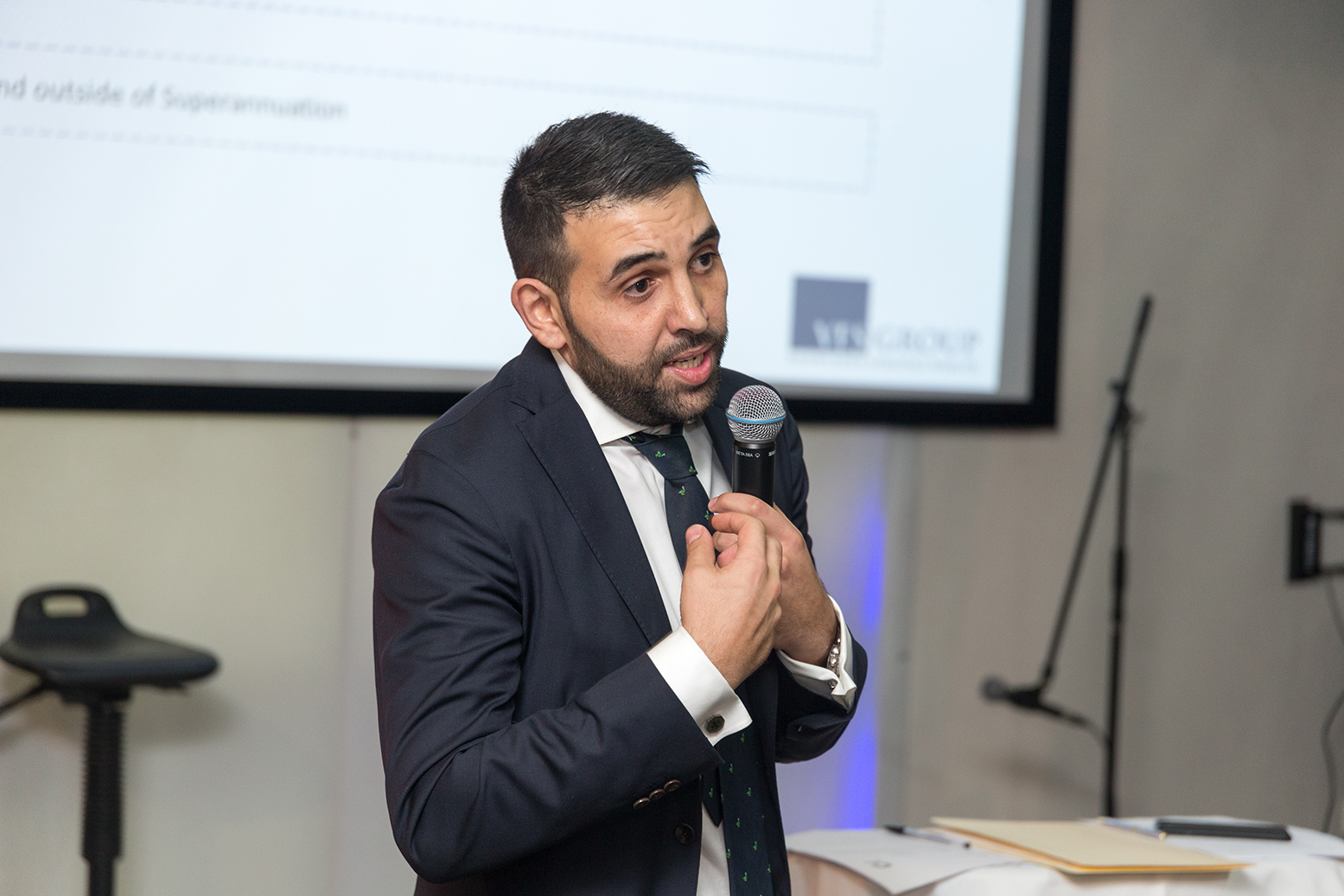 Australia’s households are amongst the most indebted in the world, said Mr. Jack Kouzi, Director of Strategy at VFS Group. Mr Kouzi was addressing the August monthly
dinner of the Australian Arab Business Council (AABC) on the changing landscape of wealth management. Australia’s record of high levels of household debt will be a
drag on the future growth of the economy, he added.
VFS is one of the fastest growing wealth management firms in the Asia Pacific Region and Mr Kouzi provided a picture how the Australian and world economies are travelling. He alluded to figures that show clear disparity between rising cost of living over record low wages growth over a 20-year period. Disposable income is negatively skewed from its long term average, largely influenced by higher energy costs and increased mortgage repayments, he said.
Over 30% of the Australian market is made up of the big 4 banks, Rio Tinto and BHP and more than 60% of all lending is concentrated on residential property, against 15% in Hong
Kong or 33% in the USA. This increases the level of exposure of Australian banks in the case of any residential property shake up. Mr Kouzi was however more optimistic about the
economic performance of Europe, especially with the election of Macron as the French President and the strengthening economic position of Germany, under Merkel. Europe is on
the brink of economic ascendancy and he drew on VFS’s current investments in Italian banks which are uniquely positioned to benefit from steepening European yields and a strong
balance sheet.
Mr Kouzi was introduced by Acting President, Mr Kerim El Gabili, who provided a snapshot of the activities of the AABC and its future growth plans.