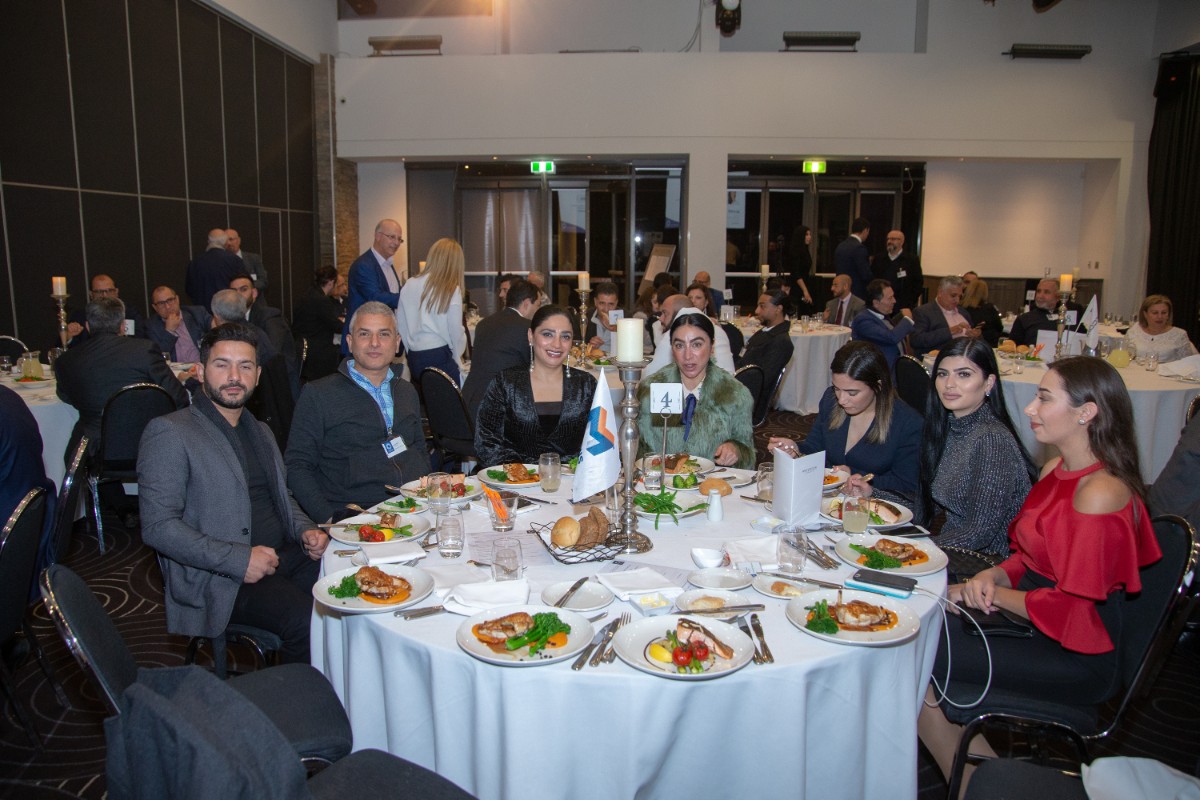 China will be the most Dominant Economic Power in History

The last monthly dinner of the Australian Arab Business Council discussed the continued rise of China and its dominance on the world stage. The topic was addressed by Mr Jack Kouzi of the VFS Group who believes that this century is the China Century.
Mr Kouzi discussed China’s Belt and Road Initiative, the most ambitious infrastructure project ever seen, which is attempting to re-route global trade.
Mr Kouzi went on to say “There is no doubt that this is the Chinese Century, China is on track to achieve an economic dominance not seen in modern human history”
Investment in Chinese companies that are now listed on major exchanges around the world and via ETF’s represent the some of the best ways to financially benefit from the incredible growth these companies will achieve over the next decade”
At the dinner, AABC President, Mr Hassan Moussa, acknowledged all the sponsors of the AABC, and in particular corporate partners the National Australia Bank and platinum sponsors: The Merhi Group and Sam the Paving Man. The February dinner was sponsored by Sam the Paving Man. The dinner was held at the Waterview In Bicentennial in Homebush on Wednesday 4 July 2018.

The AABC had earlier in the week (Monday 2 July 2018) met with Senator Penny Wong, Shadow Minister for Foreign Affairs and Leader of the Opposition in the Senate. Held at the Doltone House, the dinner discussed Australian Arab trade relations, current position and means of boosting that trade. It also discussed the role that Australia can play in fostering a just peace in the Middle East and the right of Palestinians to self-determination.

The next monthly dinner of the Australian Arab Business Council will be held at the Waterview in Bicentennial on Wednesday 8 August 2018. The guest speaker will be Mr. James Kouzinas, economic expert from the National Australia Bank .