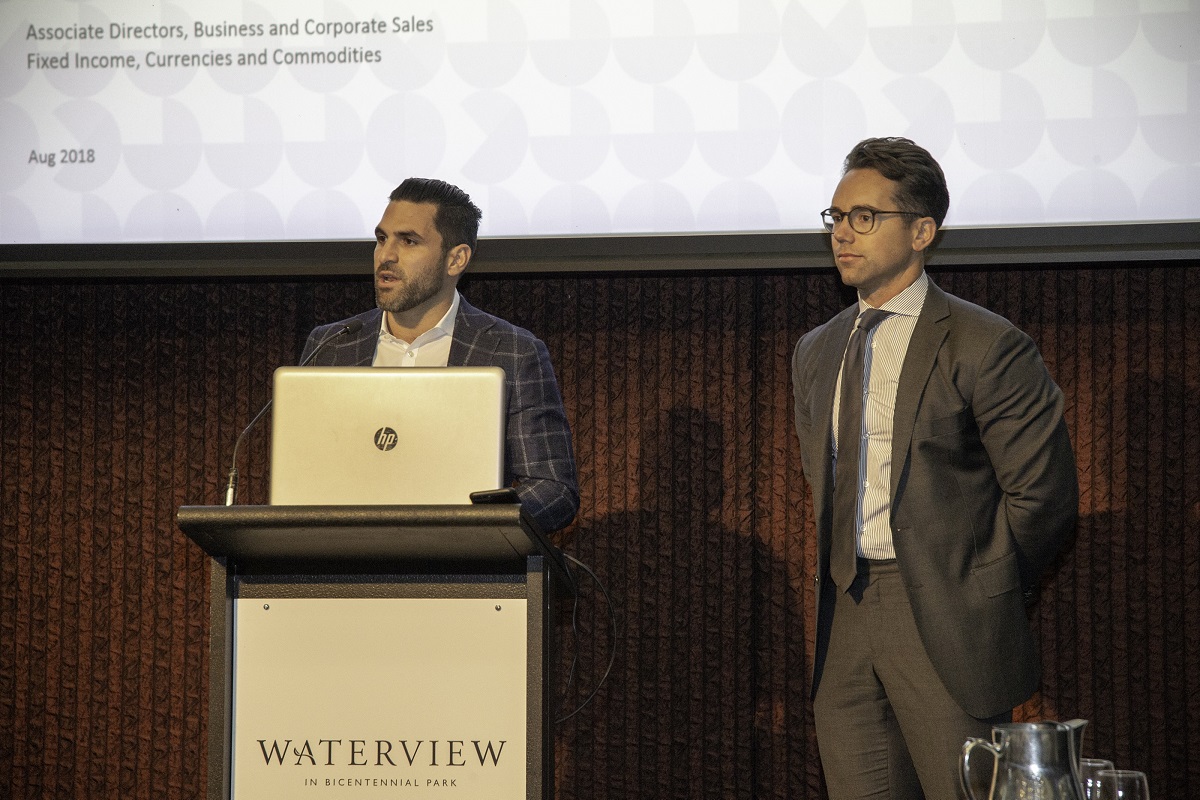 Currency Movement and Money Update at the AABC Dinner

A weaker US Dollars and higher commodity prices were the driving forces behind a stronger Australian dollar that rose from 72C to 78C in 2017, according to NAB Officials.  NAB Associate Directors of Business and Corporate Sales, Mr Kames Kouzinas and Mr Rhys Griffiths, were the guest speakers at the August monthly dinner of the Australian Arab Business Council (AABC).

The Australian Dollar reached its peak of 80C in January 2018 and started a downward slide ever since to drop to 73 cents in June.  Many factors influenced the slide, especially the imposition of tariffs by the US administration, the potential of a trade war between China and the USA and the withdrawal from the Iran deal.  This created a great deal of uncertainty around the world which saw most currencies plunge against the US Dollar, according to the speakers.

The speakers also spoke about the impact of fast technological development on business and banking worldwide and advised how the NAB can assist businesses in their development.

A full copy of the presentation is available:

Photos of the last monthly dinner are available through this Link: