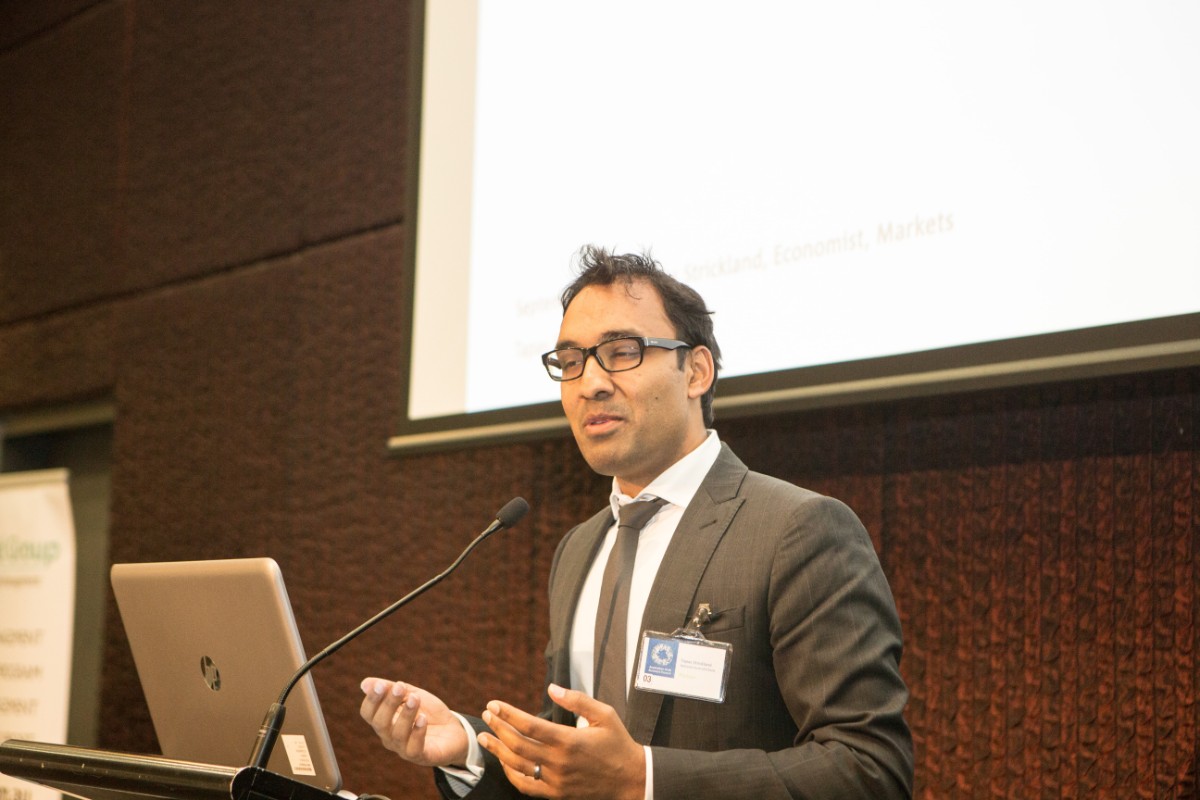 Strong signs by the global economy

Australia has enjoyed an unprecedented period of continuous growth over 104 quarters, a world record by all standard and a sign of resilience by the Australian economy, according to Mr Tapas Strickland, an economist with the National Australia Bank (NAB).

Mr Strickland was speaking at the September monthly dinner of the Australian Arab Business Council (AABC), held for the first time at the Waterview Function Centre on Wednesday 13 September.

The global economy is trending higher with the leading world economies of Europe, China and the USA all doing well, he said. With unemployment rates falling globally and interest rates rising in the US and Canada, the signs are that the interest cycle has turned, Mr Strickland added. He believed the reluctance of the Reserve Bank to raise interest rates in Australia is largely due to weak wages growth and subdued business confidence, despite strong economic activities in NSW and Victoria. The only sector that has not picked up is retail, a real challenge which may be impacted by growing on line shopping and subdued consumer confidence, he said. Tourism has continued to grow since 2010, largely driven by an in increase in visitors from China, but also from India, South Korea and the USA.

Mr Strickland was introduced by the Acting President, Mr Kerim Elgabily, who provided a progress report on the AABC recent and future activities and in particular, the organisation’s active engagement with the World Chamber Congress. The Congress was held in September in Sydney for the first time and attracted business chambers from around the world.

The next monthly dinner of the AABC will be held at the Waterview on Bicentennial on Wednesday 11 October 7pm. The speaker will be Mr Shane Geha, Managing Director and Founder of the EG Property Group. Mr Geha’s presentation will focus on whether or not Sydney is the most beautiful city it can be, identifying where the NSW planning system originated, the predictions for Sydney’s growth and the best way to meet these growth projections. Shane will refer to the case study: Little Bay.